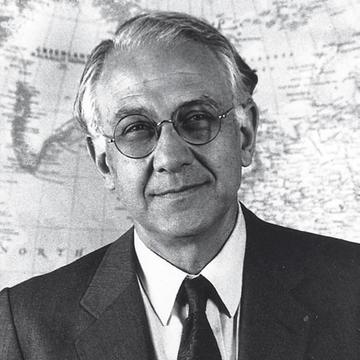 He holds an MA in Economics (1985) and a PhD in Economics (1988) from the University of Chicago.  He has been a Marcos Garfunkel Fellow and Senior Associate Member in St Antony's College at Oxford University (1992), and Visiting Scholar/Professor at the following institutions: Northwestern University, Hoover Institute at Stanford University, Doshisha and Kyoto University, London School of Economics and Political Science, Universidad Carlos III, Madrid, International Monetary Fund.  He was the President of the Global Development Network GDN, an international organization headquartered in New Delhi, India (2009-2013), and was awarded the Luis Maria Otero Monsegur Professorship in Economics at Universidad de San Andres (2013-2016).  He is a Member of the Argentine National Academy of Economic Sciences (ANCE).

Dr. della Paolera is the winner of the Arthur Cole Prize for the best article published in the Journal of Economic History in 2000: ‘Economic Recovery from the Argentine Great Depression: Institutions, Expectations, and the Change of the Macroeconomic Regime’. He has co-edited and co-authored two books with Alan M. Taylor: A New Economic History of Argentina (Cambridge University Press, 2003) and Straining at the Anchor: in Search of Monetary Stability, Argentina and the Gold Standard, 1880-1935 (University of Chicago Press, 2001) translated to Spanish as Tensando el Ancla (Fondo de Cultura Económica, 2003). With Roberto Cortés Conde, he co-edited La Nueva Historia Económica Argentina (EDHASA,2018).