Georgian Seminar Series: The Construction of Royal/Imperial Authority in Georgia and Byzantium in the Age of Davit IV and Alexios I Komnenos, ca. 1081–1125 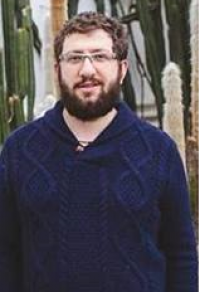 The end of the eleventh century was a turbulent period that witnessed a serious geostrategic reconfiguration of the Byzantine and Caucasian political maps. As a consequence of Turkish incursions, the Byzantine Empire lost control over its eastern provinces and imperial domination in the Caucasus came to an end. With Byzantium on the defense, the Turks managed to establish hegemony in the southern Caucasus and gradually put pression on the Georgian kingdom.

It is against this background that I present my talk. The subject is the evolution of a new conception of Georgian kingship during the reign of king Davit IV. I argue that the gradual evolution of Davit’s literary and visual representation was directly linked with his military successes against the Turks, resulting in the establishment of the Georgian kingdom as a dominant player in the Caucasus. I furthermore argue that this new conception of Georgian kingship absorbed Byzantine paradigms of power representation. The adoption of the Byzantine idea of kingship is reflected in Davit’s contemporary Georgian literary and visual media.

I will also discuss similarities between Davit IV and Alexios I Komnenos’ image making strategy and ecclesiastical policy. I propose that both rulers presented themselves as defenders of orthodoxy and made the virtues of piety and philanthropy cornerstones of their images. Lastly, I hypothesize that Davit IV, by embracing Byzantine imperial language and symbols of power, attempted to challenge the Byzantine emperor’s preeminent authority in the Christian east.