From Leningrad to Leninfall: The Geopolitics of Soviet Monuments 100 Years since the Russian Revolution 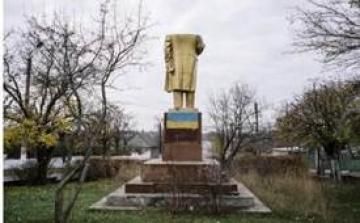 100 years on from the October Revolution, monumental propaganda in the form of statues, monuments, architectural ensembles, and decorative detail retains the memory of Soviet rule in former republics of the USSR and the Eastern bloc states. The treatment accorded to them is expressive of the post-socialist states' relationship to this common past. Russia, where the capital still has the revolutionary leader’s mortal remains on display, and Belarus have left communist symbols largely untouched, and many monuments have retained their prominent positions in urban and rural centres. Poland and Hungary de-Sovietized their public spaces gradually, with less enthusiasm and celerity than did the Baltic States, which decreed the removal of Soviet statuary almost immediately upon gaining independence. East Germany, Romania, Moldova, and Bulgaria adopted a piecemeal approach to cleansing the public space of evidence of their former Soviet affiliation. Ukraine went through three phases of ‘decommunization’, the latest precipitated by a wave of iconoclastic violence known as ‘Leninfall’, which sparked during the Euromaidan protests (subsequently Revolution of Dignity) and became state policy from 2015 onwards.

Myroslava Hartmond demonstrates the ‘diagnostic’ value of the Lenin statue, a ubiquitous and divisive communist memento, in highlighting the various dynamics that inform states’ heritage agendas. It sketches out some of the models that the governments of post-Soviet states have adopted to define the place of socialist monumental propaganda in their contemporary visions of national and cultural heritage.