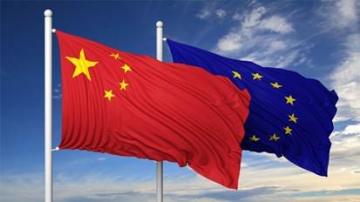 China and Europe have become much closer in economic terms over the past four decades but in spite of extraordinary growth in two-way trade and investment flows, and a proliferation of dialogues on policy, the EU-China Strategic Partnership (2003) has proved to be a disappointment.

This lecture will explore the reasons behind the stalling of the Europe-China economic relationship since the 2008 economic crisis. It will also illustrate how new political developments in Europe, China and the United States (Brexit, the consolidation of power by President Xi Jinping and the Trump Presidency) are likely not only to complicate the management of economic relations between the EU and China, but also to limit the opportunities for innovation by the United Kingdom in its own approach to China after Brexit.

John Farnell, Academic Visitor, spent most of his career with the European Commission, retiring in 2012 as Director for International Affairs in DG Enterprise and Industry, where he managed the EU’s industrial policy dialogue with China.