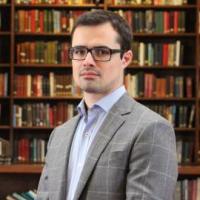 Since the inauguration of the Belt and Road at a speech in Astana, Kazakhstan in 2013, Central Asia has largely fallen away from public attention around the initiative. Yet to properly understand the broader Belt and Road and its potential consequences, it is to Central Asia that one must look to get a sense of the longer term implications of Xi Jinping’s vision. Inaugurated in the closing days of the Soviet Union, Beijing’s relations with the five Central Asian powers have been a story of gradual growth and slow changing of the guard as Beijing increasingly becomes the most consequential actor on the ground. Principally concerned with improving security and stability in neighboring Xinjiang, China has sought to undertake a massive project of investment, rejuvenation and strengthening that has gradually grown over time to cover almost all sectors in Central Asia. As Moscow is slowly eclipsed, however, this has larger consequences for China whereby Beijing increasingly finds itself as the most consequential power in the region. Mr Pantucci’s presentation will provide an overview of China’s relations with the five countries of Central Asia, understand better China’s interests, and finally cast forwards to the consequences of this shift for Beijing. The lessons from Central Asia are significant as they cast a broader model which will help people better understand what the longer-term potential consequences of BRI investments globally.

Raffaello Pantucci is Director of International Security Studies at the Royal United Services Institute for Defence and Security Studies (RUSI). Prior to joining RUSI in 2013, he worked for 3.5 years at the Shanghai Academy of Social Sciences (SASS) where his work focused on Central Asia and terrorism. He is a regular visitor to all five Central Asian countries, and is co-founder of the site http://www.chinaincentralasia.com his further work can be found at http://www.raffaellopantucci.com