China and the Death of American Comparative Law 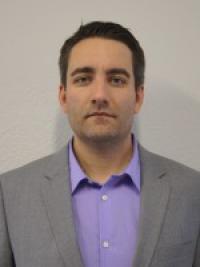 For all the attention paid to the Founder Fathers in contemporary American debates, it has almost been wholly forgotten how deeply they embraced an ambitious and intellectually profound valuation of foreign legal experience. Over the past two centuries, America lost this foundational commitment to legal cosmopolitanism and developed a contemporary legal culture both parochial in its resistance to engaging foreign legal experience and universalist in its messianic desire to export American law abroad.

To date, the central role of Sino-American relations in this decline has been obscured, in large part due to the rise of the Chinese Communist Party in 1949. However, American legal culture was significantly reshaped in the early 20th century as American lawyer-missionaries helped inspire the first modern projects of American humanitarian internationalism through legal development. The Sino-American relationship during this era was a key crucible for this development, central to 19th century debates over American imperialism and heightened by imagination of non-colonial Americanization abroad in the wake of China’s 1911 Republican Revolution.

Drawing in transnational historical threads from religious, legal and diplomatic history, the talk will explore how American comparative law ultimately was devolved and marginalized as this new export-orientation gripped American legal culture. An argument will be presented that the loss of the early virtues of American cosmopolitanism warped, and continues to warp, American engagement with China while comprising a serious global challenge to American legal culture and its capacity for legal innovation in the face of an increasingly competitive and multi-polar 21st century.

Jedidiah Joseph Kroncke earned a BA in Asian Studies and Legal Studies from UC Berkeley, a JD from Yale Law School, and a PhD in Social and Cultural Anthropology also from UC Berkeley. He was awarded post-doctoral fellowships at Yale Law School, NYU Law School and Harvard Law School. Prior to his appointment at FGV Sao Paulo Law, Professor Kroncke served as Senior Fellow at the East Asian Legal Studies Program at Harvard Law School. He has published historical and comparative articles on legal transplantation, constitutional formation, labour and property rights, global development discourse, employee ownership and human capital development. His recent book, The Futility of Law and Development: China and the Dangers of Exporting American Law, was published by Oxford University Press and examines the historical role of US-China relations in the formation of modern American legal internationalism and the decline of American legal comparativism. His current projects focus on transnational histories of legal education and the relationship of law to economic democracy, as expressed in alternative labour and property institutions.