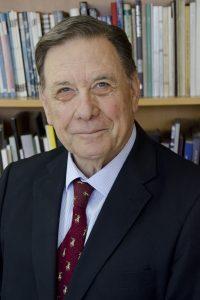 The Sino-Israeli story is a most thrilling story. It encompasses unique history, culture, complex diplomacy and worldwide business. This is on the whole a success story. An attempt will be made here to feature the wide picture of Sino-Israeli relations from a historical-political perspective, from Jewish-Israeli standpoint and from the author's personal stance. The speaker will devote special place to Israeli firms' activity in China, to the reasons for their respective successes and failures and to Chinese current high-tech, innovation and infra-structural investments in Israel with a special emphasis on contrasting viewpoints regarding this new trend. An attempt will be made to critically examine the process of privatization with a specific emphasis on the government's practice to privatize and sell national infrastructures such as ports, railways to the Chinese and let them operate some of these. This includes the proposed Red-Med Railway (from the Red Sea to the Mediterranean), an important geo-strategic communication line parallel to the Suez Canal. Why did the government sell Tnuva, Israel's largest food manufacturer and distributer, a household name and a Zionist icon, to the Chinese?

Aron Shai is the Shoul N. Eisenberg Chair for East Asian Affairs and Pro-Rector (formerly Rector) of Tel Aviv University. His publications include: Zhang Xueliang – The General who Never Fought (2011); The Evolution of Israeli-Chinese Friendship (2014); Sino-Israel Relations 1890-2016 (Hebrew, 2016); Origins of the War in the East: Britain, China, Japan 1937-1939 (2011); Britain and China 1941-1947: Imperial Momentum (1984); The Fate of British and French Firms in China 1949-54: Imperialism Imprisoned (2004); and Twentieth Century China (1998). He has published work in numerous academic journals and books, and is the author of two historical novels.