"Chile´s political development and its relations to Latin America". A conversation with Rolando Drago Rodríguez (Ambassador of Chile) 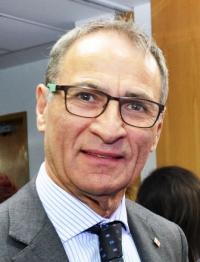 He began his career in the Chilean diplomatic service in 1980, and held numerous positions in Chilean Embassies and Consulates around the world, including Peru, Greece, China, Singapore, Italy and South Africa, before being appointed Chile’s Ambassador to Indonesia in 2006. He was subsequently Ambassador to Venezuela (2007-09) and Cuba (2010-14) before assuming his current role as Ambassador to the United Kingdom in 2014.

During his time in the United Kingdom he has visited Scotland, Wales and Northern Ireland as well as a number of cities throughout England. He has established an excellent level of political dialogue between the UK and Chile, preparing the Political Consultation of 2015 and executing the visit of the President of the Republic of Chile, Michelle Bachelet, last May.