Book Launch: Time, Science and the Critique of Technological Reason. Essays in Honour of Hermínio Martins 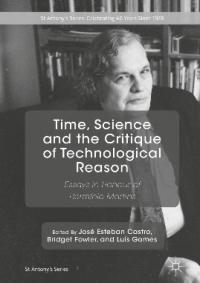 Hermínio Martins (1934-2015) was a fellow at the Latin American Centre, St Antony’s College, since his appointment in 1971 until his retirement in 2001. This festschrift commemorates Martins legacy, introducing his wide-ranging contributions to the social sciences. These encompass seminal works in the fields of philosophy and social theory, historical and political sociology, studies of science and technology, and Luso-Brazilian studies, among others.

The meeting will consist in a round table featuring the speakers, and allowing time for questions and comments from the audience.