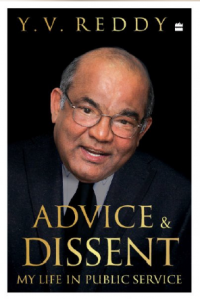 As governor of the Reserve Bank of India, Dr YV Reddy presided over a period of high growth, low inflation, stable rupee and ample foreign exchange and is credited with saving the Indian banking system from the sub-prime and global liquidity crisis of 2008.

Based on his recent book Advice & Dissent, which reviews his influential life in public service and experiences, his talk will provide insights from his ringside view of India’s growth and change across the seven decades since independence and the emergence of the country as a key player in the global economy.

Dr Y V Reddy was the 21st Governor of RBI and has been Chairman of the 14th Finance Commission in 2013-14. He was an Executive Director at IMF, Secretary in the Ministry of Finance and Principal Secretary Government of Andhra Pradesh among various key positions held by him. He is a recipient of the Padma Vibhushan and is an Honorary Fellow of the London School of Economics.

Professor Lord Nicholas Stern is IG Patel Professor of Economics and Government at the London School of Economics.

Professor Charles Goodhart is Emeritus Professor of Banking and Finance with the Financial Markets Group at the London School of Economics.