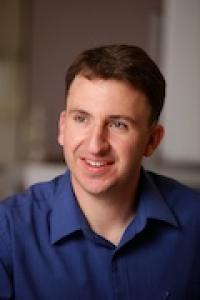 Since the 2008 onset of the global financial crisis, China has dramatically expanded its economic presence in Europe. Has Beijing effectively utilized its economic engagement to advance its foreign policy objectives? This paper is the first academic study assessing the effectiveness of China’s economic statecraft in Europe. I first address several methodological issues and then specify my five hypotheses, designed to evaluate explanations for the effectiveness of China’s economic statecraft. I then test these hypotheses across four case studies: European public opinion of China, European leaders’ willingness to meet the Dalai Lama, the EU’s decision to either retain or abrogate its arms embargo toward China, and the EU’s pending decision to acknowledge China as a ‘market economy’ within the World Trade Organization.

James Reilly is a Jean Monnet Fellow at the European University Institute (2015-16), and an Associate Professor in the Department of Government and International Relations at the University of Sydney. He is the author of Strong Society, Smart State: The Rise of Public Opinion in China’s Japan Policy (Columbia University Press, 2012), and the co-editor of Australia and China at 40 (UNSW Press, 2012). His articles have appeared in numerous edited volumes and academic journals, including: Asian Survey, China Quarterly, Chinese Journal of International Politics, Japanese Journal of Political Science, Journal of Contemporary China, Modern Asian Studies, Survival, and Washington Quarterly.  He holds a Ph.D. from the George Washington University, an M.A. from the University of Washington, and was a post-doctoral research fellow at the University of Oxford. He served as the East Asia Representative of the American Friends Service Committee (AFSC) in China from 2001-2008.