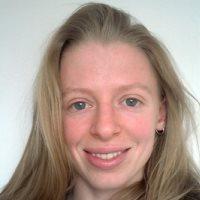 This talk argues for the need for a new approach to the study of African Politics that takes seriously the role of ideas, values and ideology, before offering an example of what this might look like in practice. Since the 1990s the study of politics in Sub-Saharan Africa has been subsumed within development paradigms that either erase the role of ideas in politics altogether, reducing competition for state power to the efficient provision of public goods, or substitute a bland universalism of ‘good governance’, ‘what works’ and ‘programmatic politics’. Yet the question of what the state should do, and what the ultimate ends of collective politics action should be, are elsewhere recognised as contentious and contested. Indeed, the Western canon valorises political theory. The talk will consider the accusation that this research agenda romanticises dysfunctional politics (a la ‘Africa Works’), arguing that in fact the tension between the respectability of ideas and the seediness of practice are generic to political theory as an enterprise. Moreover, a focus on studying ideas through contestation helps distinguish a normative politics approach from the pitfalls of culturalist analyses.

Dr Portia Roelofs works on the politics of development with a focus on Nigeria. She is currently an LSE Fellow in the Department of International Development at the London School of Economics, where she completed her PhD. Her thesis drew on in-depth qualitative fieldwork to challenge the mainstream interpretation of sub-national Nigerian politics as principled reformers vs. patronage politics. Other areas of research include the politics of Boko Haram-affected states, comparative political theory, and public-private partnerships in Africa. She is also interested in how gender shapes in politics and development curricula. She has a bachelor’s degree in Politics, Philosophy and Economics from the University of Oxford and a Masters in African Politics from SOAS, University of London.