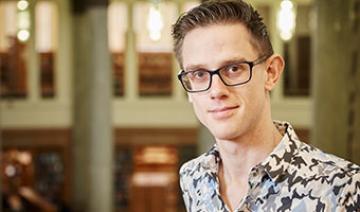 In February 2016, a group of Nairobi-based artists under the name Art Attack released a music video titled Same Love. They described it as ‘a Kenyan song about same sex rights’, while at the same time claiming that the song had a pan-African scope. The banning of the video by the Kenya Film Classification Board could not prevent its online distribution, and since its release the video has provoked considerable public debate. In this paper I give a close reading of the images and lyrics of the video, focusing on the references to religion, the claim towards a Christian notion of love, the pan-African and global framing of its message, and its representation of queerness. In other words, I examine how Same Love presents a particular African queer imaginary and is a world making device.

Adriaan van Klinken is Associate Professor of Religion and African Studies at the University of Leeds. His research focuses on issues of gender, sexuality and public life in contemporary African Christianities. In addition to a wide range of journal articles, he is the author of Transforming Masculinities in African Christianity: Gender Controversies in Times of AIDS (Ashgate, 2013) and the co-editor, with Ezra Chitando, of Public Religion and the Politics of Homosexuality in Africa and of Christianity and Controversies over Homosexuality in Contemporary Africa (both published with Routledge, 2016). His current book project is on Christianity and Queer Politics in Kenya.