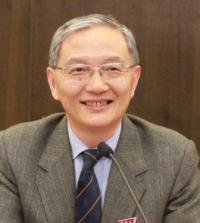 Ambassador Zhong was born in 1950, in Jiangsu, China. After spent five years in a village in Danyang as a peasant, he was sent to study in Beijing Institute of Foreign Language in 1973. Joined the foreign service in 1977, he first served as a diplomatic courier for 2 years and then posted in the Chinese Embassy in London for 4 years.

Ambassador Zhong went to study in Fletcher School of Law and Diplomacy, Tufts University in Boston 1984-1985, and finished with a master degree. He went back to work in the Embassy in London again for another 4 years as 3rd secretary and 2nd secretary before been posted as a 1st secretary and legal expert in the Sino-British Joined Liaison Group in Hong Kong from 1991 to 1993.

From 1993 to 2002, he worked in the Consular Department of the Ministry of Foreign Affairs in Beijing, as Director, Deputy Director General and Director General. He was appointed Consul General of China (ambassador rank) in Los Angeles, United States in 2002, and served there until 2007. He was Ambassador of China to South Africa from 2007 to  2012.

Ambassador Zhong was appointed China's Special Representative on African Affairs in Feb. 2012. This job is mainly on "hot issues", and took him to more than 30 African countries since then.