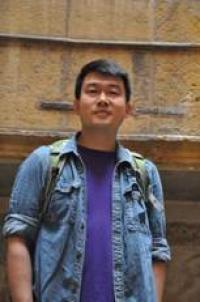 In this seminar, Dr. Xie Yang will discuss how a rumour about a ghost was created in mid- Ming China, the way in which the rumour was circulated and the reasons why it gained notoriety. The ghost in question was called Heisheng 黑眚. Rumours about Heisheng were circulated not because of its appearance, figure, or smell, but for the fear it initiated among civilians, its distinctiveness for hindering a national project, the Great Canal, and the reaction of scholar-officials to its appearance in Qing Dynasty.

Dr. Xie Yang is an Associate Research Fellow in Institute of History, Chinese Academy of Social Sciences. His research focuses on the history of Ming Dynasty, especially the intellectual history, cultural history, and the history of ghost. He is the author of The Way of Governing and Serving Monarch: Research on Lü Kun’s Shizheng Lu and His Statecraft Thought, Beijing, Sanlian shudian, 2011, and has written many journal papers published in Mainland China, Taipei and Japan. He received his Ph.D in Chinese University of Hong Kong. He held a position at Harvard University as a Visiting Scholar, and has worked in the Polytechnic University of Hong Kong as a Research Fellow.