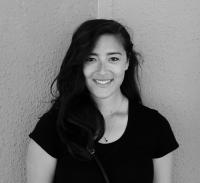 Viola Rothschild (MSc Contemporary Chinese Studies, 2016-17) has been awarded the Ko Prize for best MSc dissertation for "Chuang Shijie 闯世界” (Taking the World by Storm): African Student-Entrepreneurs in Greater Zhejiang Province" (abstract below). Viola is currently Research Associate in China Studies at the Council of Foreign Relations in New York.

The Ko Prize is given annually by the Ko family in memory of Ko Cheuk-hung, MBE, a prominent philanthropist who worked tirelessly for the homeless and destitute in British Hong Kong during the turbulent times following World War 2.

Driven by macro-level trade and investment, engagement between China and African countries has grown significantly in recent years, giving rise to increased migration flows between the two regions. Wary of Beijing’s growing influence on the continent, Western scholarship and popular media consistently portray China as extractive, self-serving, and neo-colonialist, while Africa is depicted as passive and lacking agency. This paper will examine the activity of an important yet understudied group operating at the crux of contemporary Sino-African relations that challenges both of these assumptions: young African student-entrepreneurs working and studying in Zhejiang Province that have come to China to “chuang shijie闯世界”—take the world by storm.

Drawing primarily on data from semi-structured interviews with African student-traders, Chinese university administrators and students, as well as Chinese businesspeople and local officials in the international trade city Yiwu, this paper analyzes African student-entrepreneurs’ interactions with Chinese individuals and institutions. Ultimately, this study finds that African student-traders have developed a set of strategies that allow them to navigate, exploit, and reconfigure Chinese structures as they pursue their entrepreneurial dreams, suggesting that the Sino-African relationship is far from one sided.