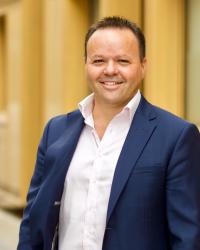 While Moscow, St Petersburg, Ekaterinburg and one or two other Russian cities are wealthy European style-cities, there are large parts of Russia where the standards of living are seriously underdeveloped,’ says Chris Gerry, OSGA’s Associate Professor of Russian and Eurasian Political Economy. ‘For example, 13.8% of middle-age males and 11.1% of females are living in households without a central water supply, 42.1% (females 36.8%) are living without a supply of hot water, 37.4% (30.3%) are living without a central sewage system and a little over onethird of households are without refrigeration.’

This striking degree of inequality has caught the attention of international institutions and researchers, not least the World Bank, which has recently commissioned a small group of international researchers to report on specific features of social inclusion and exclusion in Russia’s regions.

Chris led the investigations into two areas and his reports The Expanding Double Burden of Russia’s Women and Russia’s Invisible Men: Middle-Aged Men were well received and showcased at the International Academic Conference on Economic and Social Development organised by the Higher School of Economics in Moscow in April.

‘Russian women face barriers to social inclusion and equal opportunity that can be traced back to Soviet gender-based attitudes which gave rise to a form of “double burden” peculiar to the Soviet system, and that run parallel to a gender dynamic which has also increasingly precluded Russian males from substantive domestic roles – despite many of them being unemployed – giving rise to a peculiar male social exclusion that I detail in the Invisible Man report,’ he explains. ‘In rural communities, where the female burden becomes a triple burden with the expectation of managing domestic agriculture, there is even evidence that despite the recent transformation of Russian society and economy, attitudes have become yet more traditional and patriarchal, thereby widening the opportunity gap between urban and rural areas.’

He adds: ‘Russian policymakers’ interest in women’s issues is manifestly single-issue focused, revolving around maternity and the role of women as child-bearers and carers’. His many recommendations include the provision of welfare and child support to facilitate the full participation of women in the workplace, policies to ‘shrink’ the space between rural areas and urban centres via better internet and transport connections, and the establishment of paternity rights to promote the perceived legitimacy of stay-athome fathers.