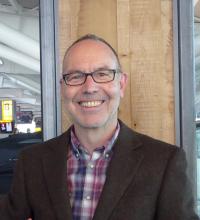 In September Dan Healey gave the opening keynote lecture at an intensive workshop at the University of Tallinn, ‘Researching, reworking and representing Soviet and Socialist LGBT histories’ (29 September to 2 October 2016). His talk, ‘Archives, histories, and insurgent projects of queer memory’ addressed recent Anglo-American queer theory’s questioning the relevance of history and historical work, when communities look for ‘usable pasts’ to nourish queer activism. Theorists have attacked LGBT history’s ‘stunted archive’, its reliance on ‘straight time’, and its sticky adherence to notions of ‘progress’ through identity politics. Queer thinking in the Anglophone world has turned to memory studies and trauma studies to reconsider how and what to remember, especially in a world still marked by homophobia, transphobia, sexism, and racism. Healey reflected on how these perspectives might appear in the former Soviet Union, where LGBT ‘remembering collectives’ confront a volatile politics of memory, where queer memory work is just emerging, and where the work of the LGBT historian is, to put it mildly, rather difficult.