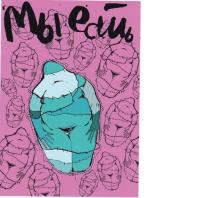 On Thursday 1 November, Dan Healey, Professor of Modern Russian History, delivered the Annual Goldsmiths University Queer History Lecture for 2018. Entitled A Homophobic Present and the Queer Past: Do Post-Soviet Queers Need History?, it builds on his work for the path-breaking Russian Homophobia from Stalin to Sochi (London & New York: Bloomsbury Academic, 2018), and public lectures given to audiences at Baltic Pride (Riga, Latvia) and Kyiv Pride in June 2018, Healey’s lecture explores the politics of LGBTQ histories in the countries of the former Soviet Union.

Queer citizens in the region confront sharp challenges with ‘official’ homophobia increasingly embedded in the politics of populist parties. Russia’s 2013 ‘gay propaganda’ law set the tone for the region, with the Kremlin leading a cultural war on queer knowledge that is unlike anything seen before in the region’s history. At the same time, this cultural war in old media and online stimulates actual violence against LGBTQ people, as the recent round-up of gay men in Chechnya with their illegal confinement, torture, and murder demonstrated. Given these circumstances, Healey asks, do LGBTQ movements in Eurasia ‘need’ History? Should LGBTQ groups bother trying to excavate the queer past of their national homelands? Is History ‘too straight’ to matter to queer citizens of the region? Healey’s lecture asks what knowledge of the queer past can contribute to the fight against homophobia in post-socialist Eurasia, and he examines some recent queer projects of history-making from post-Soviet countries.