Relations with Japan are a key component of Russian policy in the Asia‐Pacific and an important part of Moscow’s foreign policy in general. Relations are not free of challenges, primarily due to the existing territorial dispute. Furthermore, Japan is an important strategic ally of the United States, with whom Russia’s relations are currently at their lowest point since the collapse of the Soviet Union. At the same time, mutual interest in economic cooperation has motivated Moscow and Tokyo to enter into serious negotiations in an attempt to overcome their political differences—differences that outside forces seek to exploit. Japan can help Russia avoid a one‐sided economic dependence on China, but because of its ties to the United States and the territorial dispute with Russia, Japan cannot assume the same level of importance for Moscow as China holds. 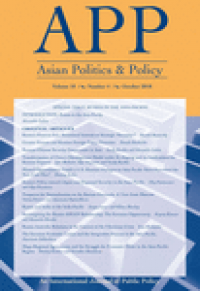