New Zealand’s seafood industry has undergone major changes in legislation and policy in recent years as a result of academic research that exposed corrupt fishing practices and a multi-decade government cover-up. 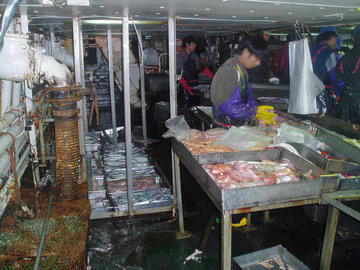 Working in a fish processing factory

Hugh Whittaker, now OSGA’s Professor in the Economy and Business of Japan, is one of the researchers responsible. His involvement began in 2010 when, alongside colleagues at the University of Auckland’s New Zealand Asia Institute (of which he was then director), he started a research project looking at innovation in the seafood industry.

‘We wanted to investigate how the industry could increase its value by gaining a better understanding of Asian markets and Asian demand for high-end products, expecting this to lead to innovations in how to deliver a fresher product,’ he says. ‘But instead, we stumbled across widespread labour abuses, akin to conditions of forced labour, and systematic environment abuses. To minimise costs, New Zealand companies were contracting to South Korean fishing companies which recruited their crews from the poorest parts of Burma, Indonesia and the Philippines and then exploited them with abysmal pay and terrible working conditions.’

The news that these practices were taking place in NZ waters caused an outcry and led to a Ministerial inquiry, to which Hugh and his colleagues gave evidence. In July 2014, the Fisheries (Foreign Charter Vessels and Other Matters) Amendment Bill decreed that foreign charter vessels must be flagged to NZ and changes were also made to immigration and organised crime legislation. Investigations, prosecutions and law changes were also undertaken in Korea and Interpol investigated the global trafficking aspects.

Following his 2014 move to Oxford, Hugh continued to investigate the fishing malpractices with his NZ colleagues. The foreign charter vessels being used were very old, with limited processing facilities. ‘If a skipper catches more fish than he can process before it starts to deteriorate, or more than his quota permits, it’s a lot easier to dump it at sea than to land it and pay a levy,’ he explains. ‘We knew that illegal dumping and misreporting must be happening, but New Zealand is extremely proud of its quota management system, which it sees as a world-leading reconciliation between the need for a commercial catch and environmental sustainability, so we needed to get clear evidence.’ 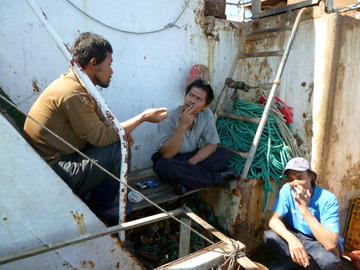 Some 300 interviews with expert stakeholders such as vessel officers and crew, fishing company executives, compliance officers, processing factory personnel and fishery scientists produced data which were combined with statistics from the Ministry of Primary Industries’ own reports. The results were startling: the estimated total marine catch in NZ waters between 1950 and 2010 was 2.7 times more than the official figures – 24.7 million tonnes of fish were unreported commercial catch or had been dumped.

The researchers’ results hit the headlines and drew immediate strenuous government denials – undermined when a leaked internal report showed the Ministry had already drawn similar conclusions about dumping but not acted. The Fishery Minister announced an operational review of fisheries management and ordered the roll out of a real-time electronic monitoring system (cameras and a vessel tracking system), with electronic reporting of catches across New Zealand’s entire fishing fleet.

Within days of the formal publication of the researchers’ Catch Reconstruction report, the Minister announced a QC-led independent investigation into the Ministry of Primary Industries regarding its own handling of illegal discarding of fish. A substantial shake-up of the Ministry followed and in late 2017 the new Labour government created Fisheries New Zealand, a separate agency for fisheries which is focusing on curtailing the dumping and misreporting of fish. New legislation is in the pipeline.