New Publication by Christopher Davis: The Ukraine Crisis and Russia’s Changing Economic and Military Relationships with Europe and Asia 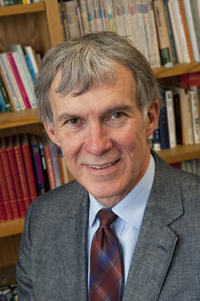 A new publication in April 2017 by Christopher Mark Davis, Reader in Command and Transition Economies at REES, analyses Russia’s Changing Economic and Military Relations with Europe and Asia from Cold War to the Ukraine Conflict: The Impacts of Power Balances, Partnerships and Economic Warfare. This book chapter (1.3 MB) can be downloaded using the link provided at the bottom of this webpage.

Prof. Davis has been engaged in research on the economics of defence related to the USSR and Russia since the mid-1980s, when he studied International Security and Arms Control on a Ford Foundation postdoctoral fellowship at the Massachusetts Institute of Technology Center for International Studies. He has produced around ten publications in this field.

In response to the development of the Ukraine crisis in 2014 Prof. Davis wrote an article entitled The Ukraine Conflict, Economic-Military Power Balances, and Economic Sanctions, which was published in Post-Communist Economies in February 2016. This article is available on an Open Access basis through the following link:

This publication generated a commission by the Korea Institute for International Economic Policy (KIEP) for a follow-on study by him of the impacts of the Ukraine crisis on Russia’s relations with Asian countries, especially South and North Korea, China, Japan and India. The results of this new research were presented at an Area Studies conference in Seoul in October 2016, a RESC/REES Seminar at St. Antony’s College in Oxford in early March 2017, and a meeting of the Academic Council of the Institute of Europe of the Academy of Sciences of the Russian Federation in Moscow in mid-March. A report on the latter event is provided on the Institute of Europe website:

The published book containing the chapter by Christopher Davis is entitled Studies in Comprehensive Regional Strategies: Collected Papers. The full volume (file size of 9.2 MB) is available for downloading at the KIEP website.