New General Manager of the Central Bank in Colombia 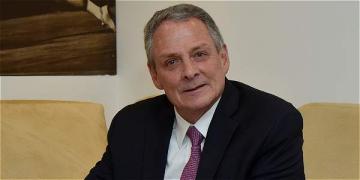 A former Antonian, Dr. Juan José Echavarría, has just been elected as the new General Manager of the Central Bank in Colombia.

He completed his DPhil in 1994 under the supervision of Rosemary Thorp, Emeritus Fellow at the LAC, with the thesis ‘External Shocks and Industrialization: Colombia, 1920-1950’.

His appointment is originally for four years, with possibility of re-election up to two further terms.