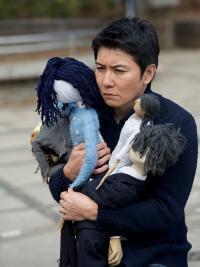 Japan-based filmmaker John Williams, who spent a sabbatical last year with us, has made a new film which will be on release in Tokyo from Saturday 30 June for three weeks with English subtitles. The film 審判 or "The Trial" is based on Franz Kafka's famous work but set in contemporary Tokyo. The film tells the story of Yosuke Kimura who suddenly finds himself under arrest on his 30th birthday for an unknown crime. The film will be shown at Eurospace Shibuya. For more information and the schedule please check the film's website.

John Williams is a graduate of Trinity College Cambridge, but has lived in Japan since 1988. As well as directing, he also produces a variety of films and teaches Film Production at Sophia University.