Global Security Workshop, marking cooperation between the Latin American Centre and the UK Embassy in Brazil

Last November, in Rio de Janeiro, the LAC teamed up with the British Embassy in Brasilia to organise an exciting international academic and policy workshop on “Global Security Challenges of the 21st Century: New Problems, Innovative Solutions”. The event, which was made possible by a generous grant from the Chevening Fund, was a forward-looking, unconventional fusion of the academic and policy worlds. The format was based on traditional academic presentations followed by interactive policy workshops, during which participants were encouraged to offer workable solutions to real policy problems. Dr Andreza A de Souza Santos, Director of the Brazilian Studies Programme, co-hosted the event alongside UK Ambassador to Brazil, Vijay Rangarajan. 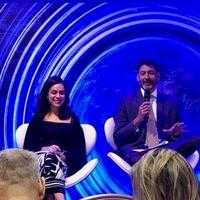 The conference sought to cover worldwide and regional security concerns in conversation with academic, policy experts and young scholars from Brazil sharing groundbreaking research findings. The final panel focused specifically on new technologies and cybercrime. While the aim was to assess the issues from the perspective of Brazil and Brazilian policy-makers, the intrinsically global nature of all main current security challenges pervaded our discussions. We had intense debates, among other topics, about the questioning, testing and reforming of the post-World War II and post-Cold War defence architecture; the Venezuelan crisis and new regional migration trends; and how to rethink transnational flows of drugs and crime. Top researchers and policy-makers in the tech field sparred over how advanced technological gadgetry can support but also erode the criminal justice system and basic human rights. 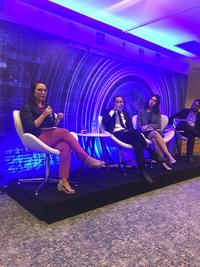 We succeeded in attracting a number of great Brazilian scholars and scholars of Brazil. Professors from the State University of Rio de Janeiro (UERJ), the Brazilian War College (ESG), the Pontifical Catholic University of Rio de Janeiro (PUC-Rio), the Federal University of Paraná (UFPR), King’s College London and Oxford, among others, were able to network with young researchers as well as established academics and practitioners. Civil servants from the Brazilian federal government and analysts from think tanks such as the Igarapé Institute and the Technology and Society Institute (ITS) were crucial collaborators in the mini policy labs that we assembled.

On a personal note, as a former Antonian and frequent visitor to the LAC, it was a great pleasure to facilitate contacts between Oxford and the British Embassy in Brasília, and to co-organise the conference. While I inch towards a PhD in Politics at “the other place” (sorry!), on the margins of my career in the Brazilian Foreign Service, it is always refreshing and exciting to work on building these new and experimental spaces, where we can connect thinkers and practitioners at the forefront of their fields. 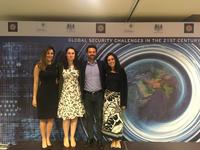