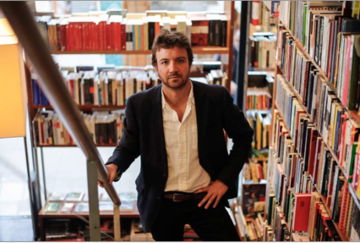 On 23 January 2020 I presented a paper in the Latin American History Seminar at the Latin American Centre of Oxford. Although at the beginning I thought to give a general overview of my current work on the origins of Chilean democracy, I ended up focusing on a more specific subject: the electoral practices in post-independent Chile, the period in which Chileans not only broke their bonds with Spain but also opted for a republican system of government.

My talk is part of a book on the 1820s that should be published at the end of this year. Following the formula proposed by Hilda Sabato in a recent work on republicanism in nineteenth-century Latin America, I argue that the 1820s in Chile are to be considered as a political, economic and cultural laboratory in which various alternatives were “tested”. By introducing this experimental metaphor, I propose that this period is an antidote to teleological narratives that, from the present, assume and take for granted a Chile that could have been very different. The main question I try to answer in the book is: how was power disputed and exercised after the monarchical legitimacy gave way to a new republican legitimacy? My work aims to know the different ways of understanding power, as well as the different paths to accessing it in a post-revolutionary context.

Electoral practices were one of such paths. In the 1820s, Chile experienced a “revolution of the vote”, not very different from what was happening at the same time in Buenos Aires (the phrase “revolution of the vote” is by Marcela Ternavasio). A revolution that occurred especially in political and cultural terms; I am not in a position to affirm that the same occurred socially, although I do not believe that the elections had been anything more than a mechanism of “domination” by a supposed monolithic and evil elite. By insisting that during the 1820s different ways of understanding power arose, my book seeks to go beyond the Manichean divisions that consider the 1820s as a simple “anarchy” (conservative historiography) or as a linear continuation with the old regime (social or Marxist historiography). Given that competition for power was so widespread, what one sees is that society as a whole underwent a process of politicization, in which lawyers, landowners, merchants, artisans, indigenous people and hacendados entered a game of alliances and counter-alliances that changed according to the interests of the actors involved.

Once the change from a monarchical to a republican regime was implemented, the political spectrum was divided into clearly identifiable factions. The dispute over power (what Pierre Rosanvallon calls “the political” or “lo político”) occurred on a structural level. The dispute over “politics” (or “la política”) was, on the other hand, more contentious or temporary. Since its framework was less substantive, less institutional, less concrete and more porous, these practices were not power in itself, but rather ways of accessing it.

Now, if the sum of “politics” forms “the political”, then the discursive practices and mechanisms of those who struggled for power have to be examined. Elections were a vehicle of political mobilization par excellence. Electoral politics were not strange, in effect, to artisans and to the urban working sectors. Just as it would be wrong to say that politics in Latin America began only in 1808 with the fall of the king to Napoleon (an argument much in use in the current historiography), it would be wrong to state that the initial kick of the politicization of the popular sectors occurred with the emergence of the labour movement at the end of the nineteenth century. That may have been, perhaps, their institutionalization, but in no way was their departure point. The revolution for independence was sufficiently comprehensive (or totalizing) as to affect Chilean society as a whole.