Dr Ceren Lord publishes new book: "Religious Politics in Turkey. From the Birth of the Republic to the AKP"

Since the elections of 2002, Erdogan's AKP has dominated the political scene in Turkey. This period has often been understood as a break from a 'secular' pattern of state-building. But in this book, Ceren Lord shows how Islamist mobilisation in Turkey has been facilitated from within the state by institutions established during early nation-building. Lord thus challenges the traditional account of Islamist AKP's rise that sees it either as a grassroots reaction to the authoritarian secularism of the state or as a function of the state's utilisation of religion. Tracing struggles within the state, Lord also shows how the state's principal religious authority, the Presidency of Religious Affairs (Diyanet) competed with other state institutions to pursue Islamisation. Through privileging Sunni Muslim access to state resources to the exclusion of others, the Diyanet has been a key actor ensuring persistence and increasing salience of religious markers in political and economic competition, creating an amenable environment for Islamist mobilisation. 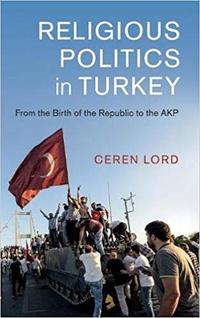