Call for papers: Re-thinking Nationalism, Sectarianism, and Ethno-Religious Mobilisation in the Middle East (with a Focus Session on Religion and Sectarianism) 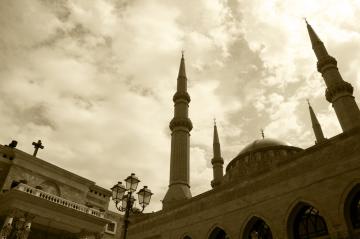 Deadline for the submission of proposals: 15 September 2017

Nation-states in the Middle East are facing profound challenges. Borders and boundaries are coming under pressure, being (re)made and mobilised owing to a confluence of internal and external factors including war, mass migration, geopolitical competition and domestic struggles. On the one hand, these regional challenges relate to the dynamics of nation-building. Struggles over the questions that were posed in the nation-building era, including the relation between religion and politics, the nature of citizenship and the management of diversity have continued to impact contemporary conflicts. These have gained further salience in the wake of events such as the Iraqi invasion and the Arab uprisings since 2011. On the other hand, new strategies and technologies utilized by diverse actors, social movements, ethnic entrepreneurs and state elites are producing novel forms of mobilization and politics.

At the centennial of the end of WWI, and as the region appears to be at a new crossroads, this conference intends to reflect on nature of borders and boundaries, to be explored from both historical and contemporary lenses with an aim to draw comparative lessons and identify the dynamics of continuity and areas of change. Focusing therefore on the questions of why, how and in what ways borders and boundaries have and are being (re)constructed and their implications for the management of diversity, the conference invites submissions from different disciplines such as history (late nineteenth century to present), sociology, IR, politics and gender studies among others, alongside interdisciplinary and comparative perspectives.

Focus Session: Religion and Sectarianism in the Islamic World

This special session will explore the role of religious actors, institutions and discourses in making modern sectarianism. Well-meaning critiques of the ‘primordial religious conflict’ diagnosis often swing all the way to equally easy conclusion that sectarianism is essentially ‘about politics, not religion’. What is left uncharted in the rush to define sectarianism as a ‘political’ rather than ‘religious’ phenomenon? Specifically, what Islamic or other religious concepts, practices, institutions or social dynamics could shed light on communal boundary-making, mobilisation or conflict?

Possible topics include, but are not limited to:

Proposals should be sent to mideastconf@pmb.ox.ac.uk, including:

§  Please indicate whether you would like to be considered for travel/accommodation funds.

Proposals must be submitted by 15 September 2017. Accepted participants will be asked to send complete papers (c.2000 words) by 1 January 2018. Participants will be invited to submit papers for publication as part of an edited collection following a peer-review process.

Some funding is available for accommodation and travel expenses. We request that participants apply to their home institutions first, and, if this is not possible, we will seek to provide a partial re-imbursement subject to availability of funds. Those participating will be informed of how much we can reimburse before they make a final commitment to attend.

This conference is funded jointly by the Sasakawa Peace Foundation and Pembroke College, Oxford.