Accountability in South America and Beyond: Transnational Human Rights Trials in Argentina and Italy

Since 2014, our Marie Skłodowska-Curie Fellow, Dr Francesca Lessa, has been closely following criminal prosecutions unfolding in Argentina and Italy, which have probed the atrocities committed by Operation Condor in the 1970s. Operation Condor was a clandestine transnational network of political repression set up by the regimes of Argentina, Bolivia, Chile, Paraguay, and Uruguay in late 1975. Brazil joined in 1976, while Ecuador and Peru did so in 1978. This secret platform of coordinated repression allowed South American criminal states to hunt down and eliminate hundreds of political opponents in exile across the region, with cases even in Europe and the US.

During the summer, Dr Lessa has published two articles discussing the significance of the prosecutions held in Buenos Aires and in Rome, as well as their implications for human rights and accountability. First, the article published for Impakter discussed how on July 8, 2019, the First Assize Appeals Court in Rome dictated its verdict in the Operation Condor trial, which had begun 20 years earlier in June 1999. The Appeals Court confirmed the life imprisonment verdicts dictated in 2017, while it further condemned an additional 18 defendants to the same penalty. The 24 defendants were considered all responsible for the murders of 18 Italians and 20 Uruguayans, who were victims of Operation Condor between 1973 and 1980. This verdict is a testament to the enduring struggle of victims’ families and their lawyers, who have been seeking justice for over 40 years, as well as a stark warning to present-day human rights criminals, highlighting that they will be called to account for their actions.

Second, the article published for the LSE Latin America and Caribbean blog analyses how, following a trial that lasted over three years, in May 2016 a federal criminal court in Buenos Aires convicted fifteen defendants for crimes against more than 100 victims of the infamous Operation Condor. For the first time, a court of law had recognised the existence of this transnational terror network, which was used to hunt down political opponents in South America in the 1970s. The ruling also saw the prosecution of state officials for human rights violations of a transnational nature. This historic trial offers important lessons that could help to achieve accountability for contemporary transnational human rights violations as well. 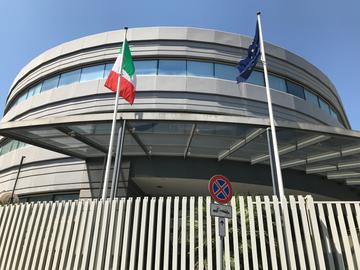