Academic Visits to Moscow in Early 2018: Activities, Observations on Contemporary Developments, and Plans for Research Out to 2020 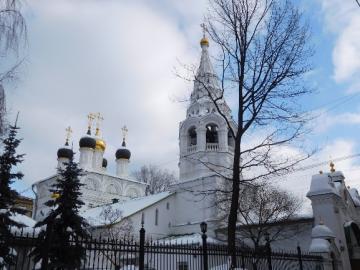 Professor Christopher Mark Davis made two research visits to Moscow (28 January-4 February and 24-28 February) to carry out work related to several projects, including that of the Research Laboratory on the Economics of Health and Health Reform at the Russian Presidential Academy of the National Economy and Public Administration (RANEPA), which he co-directs on a part-time basis. While in Russia Professor Davis completed formalities related to the extension of the Laboratory for an additional year, finalised the research plan for 2018, and discussed academic-related work in different areas with Russian colleagues and Prof. Christopher Gerry of REES, who also was visiting Moscow.

On 4 February Professor Davis returned to Oxford and participated in the Vorontsov Foundation Private Discussion about Russia and Ukraine that was held at Christ Church. He prepared written comments for this event that covered four topics: Economy; Politics; Defence; and Economic Sanctions. An edited version is provided at the end of the blog.

The blog about these visits to Russia can be obtained by downloading the document here: