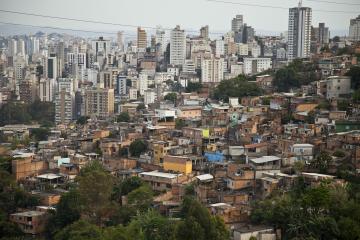 The rate of economic growth has long been used to define whether a country is an economic miracle or is mired in economic stagnation. The level of income (Gross Domestic Product or GDP) per capita is similarly used to define whether a country is low-income and developing or rich and developed. But there are problems with defining and measuring GDP and making it the exclusive focus of policy analysis. What about wider measures of human development, such as nutrition, that may bear little relation to economic growth? We can also break economic growth down into its sectors; industry, services and agriculture. While industrialisation has been the standard route out of poverty for a poor agrarian economy for the last two centuries, there is much debate about the role of industry today. Is industrialisation now possible given China's overwhelming dominance as a competitive exporter? Can countries like India choose an alternative model based on service-sector-led economic growth? How does industrial growth build up from firms and entrepreneurs to government policy, to global influences on technology, exports and foreign investment?