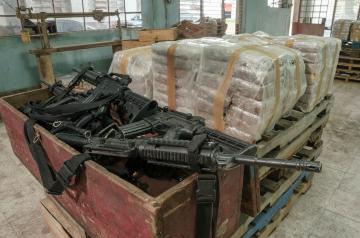 Research in Area Studies can often be of the dirty, the dangerous and the illegal. How does one learn about guerrilla movements without living with and observing them for several years on end, to gain trust and to learn about practices, motives and their day-to-day lives? How does one learn about the drug trade without interviewing the young men, often caught in the nether world between crime, precarious livelihoods and illegal migration who trade in narcotics? How does one learn about the recycling and waste economy without following physical commodities through production, trade, consumption, disposal, collection and recycling, through the networks of informality, dirt, criminality and exploitation that these processes often involve? The lawmakers, politicians and police sometimes seek to enforce laws, sometimes they are overwhelmed by their frequency and normalcy and sometimes they are deeply complicit in crime.