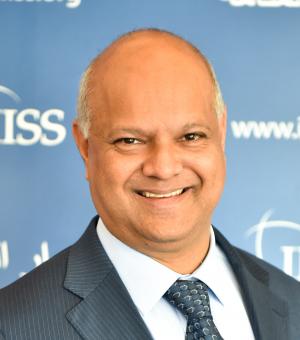 Rahul Roy-Chaudhury is the Senior Fellow for South Asia at the International Institute for Strategic Studies (IISS) in London, where he heads its South Asia programme. He researches and publishes on India’s neighbourhood foreign and security policies; Pakistan, Afghanistan and regional security; the Indian navy and the Indian Ocean; and India-UK relations. He gives select policy-relevant briefings to Government Ministers and senior officials, Parliamentary Committees, corporate leaders and IISS Members. He organises several ‘track 1.5’ meetings involving top South Asian government and intelligence officials, focusing on regional stability as well as nuclear strategy; these take place annually in Muscat, Bahrain, New Delhi, Islamabad and London. Rahul is writing an IISS Adelphi book on India's ‘New’ Maritime Security Strategy, his third book on the subject. Before taking up his current position at the IISS in 2003, he served in the National Security Council Secretariat in the Prime Minister's Office in India. Prior to his official appointment, he was on the faculty of the Institute for Defence Studies and Analyses (IDSA) in New Delhi. He was educated at the American University in Cairo (AUC), the University of East Anglia (UEA) and Oxford University (Lincoln College).