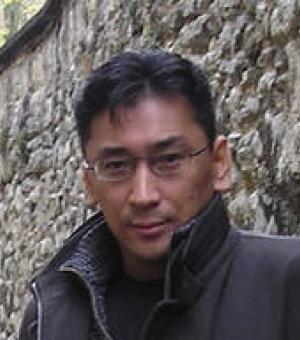 I am a cultural and intellectual historian in the Faculty of History and the Oxford School of Global and Area Studies at Oxford.  Upon completing Year 10 in secondary school, I had a number of very different professions, including work as a mountain guide in the Fjordlands of New Zealand. Later, I helped start-up businesses in the first years of the new Russian Federation, during which time I also helped establish new continuing education programs, incorporating Japanese studies, for adults. My various living experiences as a youth, including a long period as a homeless person, led me to the habit of thinking a lot and listening to sound and silence as a teenager. I continue to do the same today, only now I do it as a profession. I did most of my undergraduate work in Russia and completed my B.A. as a cadet at a U.S. military school. I studied philosophy and international affairs at Georgetown, and then studied theology and history at the University of Chicago, where I earned my Ph.D. in History. I was a postdoctoral fellow at Harvard. I now serve in a number of functions outside Oxford, most recently as an Advisory Board Member of the Esperantic Studies Foundation.

I am currently on sabbatical leave for 2020.

My current research interests include epistemology, aesthetics, the transnational history of emotions, the history of anarchist natural science (geography, embryology, and entomology in particular) and anarchist ethnography, and the transnational intellectual history of non-imperial encounters in the nineteenth and twentieth centuries.  I have a particular interest in the place of language (including nonverbal language) in the history of human knowledge production.

I am currently working on three funded projects: on aesthetics and freedom; on humanity and humanitarianism; and on religion.  I have recently completed an article on the origins of the Red Cross and humanitarianism in Japan.  My other publications have covered a broad range of themes, yet they are on the whole a cohesive attempt to challenge some of the most established ideas of history writing on modern Japan.  They offer new concepts, theory, and methods for doing modern intellectual and transnational history of Japan.  They include: