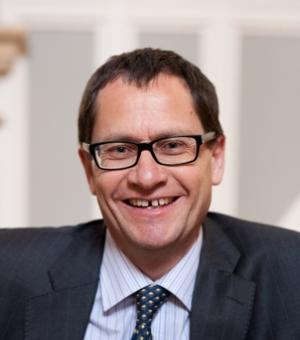 I have been involved in area studies in Oxford continuously for almost forty years. I embarked on a doctorate in the social anthropology of Japan at St Antony’s College in 1982; I then held a Junior Research Fellowship between 1985-88 at the Nissan Institute of Japanese Studies; I spent a year at the Humanities Department at Imperial College, London and just over three years as a Reader at the Department of Sociology at the University of Essex, before returning to Oxford as the first University Lecturer in the Social Anthropology of Japan in 1993. I took up the Nissan Chair of Modern Japanese Studies in 2003. In 2004, I became the head of the newly-established Oxford School of Global and Area Studies (OSGA) which brought together many of the social scientists in Oxford working on Africa, China, Japan, Latin America, Russia and Eastern Europe. In 2008, I became Head of Oxford’s Social Sciences Division which, with 14 departments (including OSGA) and over 900 academic staff, is one of the largest groups of social scientists anywhere in the world. In 2017, I took up the Wardenship of St. Antony's College along with the Nissan Professorship. I was elected a Fellow of the Academy of Social Sciences in 2013, was the Chair of the Academy’s Council from 2015 and have been President of the Academy since January 2020.

My research has been mainly on Japanese education and social policy, but I have made forays into comparative work on South Korea and the UK. My most recent book, co-authored with Jeremy Breaden, is entitled Family-Run Universities in Japan: Sources of Inbuilt Resilience in the Face of Demographic Pressure, 1992-2030 (published by Oxford University Press, 2020). Other publications include the monographs Japan's International Youth: The Emergence of a New Class of Schoolchildren (1990; published in Japanese as 帰国子女：新しい特権層の出現), and Children of the Japanese State: The Changing Role of Child Protection Institutions in Contemporary Japan (2000; published in Japanese as日本の児童養護：児童養護学への招待). I have also edited and co-edited a number of books including: Ideology and Practice in Modern Japan (1992); Case Studies on Human Rights in Japan (1996); The East Asian Welfare Model (1998); Family and Social Policy in Japan (2002); Can the Japanese Change their Education System? (2002); Global Japan (2003; published in Japanese as 海外における日本人、日本の中の外国人), The 'Big Bang' in Japanese Higher Education (2005); Ageing in Asia (2007); A Sociology of Japanese Youth (2011; published in Japanese as 若者問題の社会学：視線と射程) and Higher Education and the State (2012).

Every year I teach a course on the anthropology of Japan. This course has two main aims; to provide an introduction to Japanese society from an anthropological perspective and to show how the study of Japan can contribute to mainstream anthropological theory.  Through the course, it is possible to study a range of contemporary social institutions in depth, including the Japanese education, legal, medical, welfare, company, religious, class, household and kinship systems, as well as issues to do with the Japanese language, nationalism, internationalism, popular culture, traditional arts, gender, sexuality, minority groups, socialisation practices and rural-urban differences.

I have supervised around forty doctoral theses on Japan on topics ranging from Shinto shrines to volleyball coaches, teacher unions to karaoke, hikikomori to firefighters, crying therapies to agricultural revitalisation programmes.