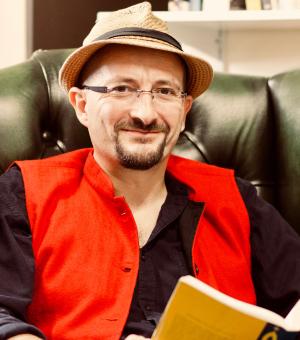 I began as an economist and then my job titles just got longer and longer.

I studied for a BA in Economics at King’s College, Cambridge (1993-1996), and after plodding through the obligatory micro, macro and econometrics was fired for enthusiasm with the study of development under Peter Nolan, Ha-Joon Chang, Mushtaq Khan and Chris Bramall. Enthusiasm waned somewhat in the early stages of an MPhil in Economics at Keble College, Oxford (1996-1998), before being revived by the discovery of QEH and especially Barbara Harriss-White and the accompanying MPhil dissertation on India. After I spent two years (1998-2000) in Zambia working in the Ministry of Finance under an ODI Fellowship, but it never quite usurped my academic fascination with India. I returned to academia doing a PhD under Mushtaq Khan at SOAS, London. I remained at SOAS for eleven years, graduating from PhD student to a Lecturer in the Economic Development of South Asia. I returned to Oxford in September 2011 to take over from Barbara Harriss-White as Director of the South Asia Programme. I had seven splendid but busy years as Director before escaping for a year-long sabbatical.

During this academic journey I have had the pleasure(s) and frustration of teaching in South Korea, India, Pakistan, Denmark, China, Poland, and Japan, and working with the UNDP, USAid, World Bank and EU in Zambia, Botswana, Bangladesh, Georgia, Egypt and Bosnia.

I would now describe myself as a political-economy macro-economist. I have enjoyed returning to some of the classic works of Indian political economy – Jha, Mitra and Bardhan – and reviving them in book based essays (2010). My research interests include the role of the state and late industrialisation; I developed an original framework for analysing the state and applied it to books on India (2009) and Pakistan (2011) and brought a lot of this together in something much broader, looking at the distinction between the proximate (investment, population, productivity) and deeper determinants (institutions, culture, geography, history and openness) of economic growth in the context of the world economy over the last five hundred years - Economic Growth and Development: A Comparative Introduction was published by Palgrave MacMillan in 2015. I am fascinated with intellectual history. I have recently co-edited a volume (with Liz Chatterjee) looking at the impact of Pranab Bardhans 1984 book on the Political Economy of Development in India, thirty years on (published by Oxford University Press). Also, jointly with Akbar Zaidi the continued relevance of the work of Hamza Alavi for the political economy of Pakistan (published by Cambridge University Press. My sabbatical (2018-2019) took me to various Universities in Pakistan, India, China and Japan where I spent my time researching and presenting on the China-Pakistan Economic Corridor (CPEC) the large package of Chinese investments in Pakistan’s infrastructure and asked questions about what impact this would have on employment, investment, economic growth and industrialization in both countries.

My work makes original contributions in particular by being comparative, whereas much of the existing literature on South Asia of the last sixty years has emphasised difference and/ or been national/regional in context. Teaching on the MSc/ MPhil in Modern South Asia has enriched my notion of ‘comparative’ with that of ‘multidisciplinary’ and even 'inter-disciplinary' now that I am seeing South Asia on a regular basis from the perspectives of anthropology, environment, politics, human development, international relations and as ever, political economy.

We have made a big effort in recent years to make the study of South Asia more genuinely South Asian, with more Pakistan, more Bangladesh, more Sri Lanka and more Nepal, without forgetting the rich story of academic concern with India.