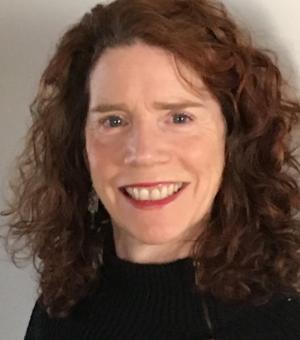 Despite transitions from authoritarian rule, human rights violations continue in the Americas. My research focuses on building human rights cultures in the region. It focuses on overcoming impunity for past abuses as well as addressing ongoing atrocities with the aim of fulfilling victims’ rights to truth, justice, and remedy. I do this in my work on transitional justice, justice from below, and contentious coexistence.

Transitional justice is the set of mechanisms used to address past human rights violations in dictatorships and armed conflict. With my research team, I constructed an original data set of transitional justice mechanisms to assess – through qualitative and quantitative analysis – the effectiveness of these factors in strengthening democracy, improving democracy, and sustaining peace around the world. Our book summarizing the initial phase of that research Transitional Justice in Balance was just translated into Spanish in Colombia. It emphasizes the value of trials in strengthening democracy and human rights, but it also recognizes the role that amnesties play in stabilizing new democracies with a human rights agenda. In a co-authored Human Rights Quarterly article, we explore different pathways to accountability, by overturning amnesty laws or finding ways to circumvent them. The project received funding from the AHRC, NSF, and other external and internal sources. In addition to academic interest, the project has sparked interest among victims groups, international and domestic governmental and non-governmental organizations, and policy-makers interested in the relevance of our findings for reducing human rights violations and strengthening peace and democracy in Latin America and other regions of the world. We are currently working on a project with the UN and World Bank specifically focused on the role of transitional justice and other factors in the non-recurrence of violence.

Under the broad rubric of justice from below, the Oxford team that works with me has considered the limits of international human rights law and associated international institutions in promoting justice in specific areas of abuse. With funding from the British Academy, the ESRC, the Open Society Foundation, and the Ford Foundation, we have been engaged in projects with NGOs and academic partners to advance local-level initiatives to make abuses visible, combat impunity, and promote victims’ rights. We have a contract from Cambridge University Press for a book on this project and have published a summary of our work in the Annual Review of Law and Social Science and in other journals and edited volumes. In Argentina and Colombia, we are working on strategic litigation and truth commissions (respectively) to investigate corporate complicity in past human rights violations in authoritarian regimes and armed conflict. In Mexico and Brazil we have been working with academic partners and NGOs to document cases of post-authoritarian disappearances, track patterns of the perpetration of these crimes, and to advance justice for victims. We have Newton Fund grants to work with in-country partners.

A new solo authored project has emerged from my earlier book on Unsettling Accounts that analyzed confessions made by perpetrators of state violence in Argentina, Brazil, Chile, and South Africa, with the Spanish translation adding an additional case study on paramilitaries in Colombia. The project funded by the Social Science Research Council and the MacArthur Foundation uses a dramaturgical approach to consider how scripts, timing, staging, acting and actor, and audience shape the impact of the confession in society. These confessions catalyze a dialogue about past violence that may contribute to truth but not necessarily to reconciliation. Instead, they tend to lead to “contentious coexistence.” This outcome, I argue, is consistent with democratic practice of free expression, exchange of ideas, and debate. I have begun a new project called “Left Unsettled” that examines confessions by left-wing guerrillas about the violence they carried out in the past. Preliminary research on Argentina and Colombia suggest that very different sorts of dramatic performances and audience responses occur when those on the left speak out and unsettle earlier accepted narratives.