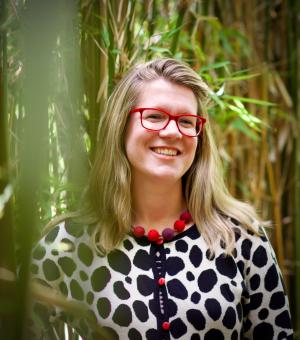 I originally joined the Contemporary South Asian Studies Programme as a departmental lecturer in October 2010. In September 2017 I took up Oxford’s Associate Professorship in the International Relations of South Asia, a joint post between Area Studies and the Department of Politics and International Relations. I was Course Director for the MSc and MPhil in Modern South Asian Studies in 2018-19 and Director of CSASP from 2018-2021. I hold a Governing Body Fellowship at St Antony’s College.

My research centres on India’s identity and state behaviour as a rising power. My book, Rising India: Status and Power (2017), with Rajesh Basrur, looks at India’s status-seeking strategies in world politics since Independence. From 2013 to 2015 I led a collaborative research project that examined India’s rise from the perspective of a number of significant non-Western states, resulting in the edited volume Competing Visions of India in World Politics: India’s Rise beyond the West (2015). From 2015 to 2017 Manjari Chatterjee Miller and I developed an international research network focussing on India’s foreign policy under the post-2014 government, leading to our joint-editorship of the special issue of International Affairs, ‘India’s Rise at 70’ (January 2017). My research has been supported by the John Fell OUP Research Fund and the Vice Chancellor’s Returning Carer’s Fund.

Currently, I am working on a monograph that examines how rising powers navigate and negotiate socialisation pressures in order to retain distinctive elements of their identities. As an Associate Fellow at the International Institute for Strategic Studies, I am also collaborating with Rahul Roy-Chaudhury, Senior Fellow for South Asia, on a broad-ranging and policy-relevant project on Indian Ocean security. More broadly, I am interested in South Asian nuclear politics, and India’s and Pakistan’s approaches to institutions of global governance.

Teaching and supervising are two of the most rewarding and illuminating aspects of my work. My DPhil students are working on topics such as Nehruvian critiques of International Relations theory, nuclear politics, and the sociology of the Indian Foreign Service. I convene the MSc/MPhil option The International Relations of South Asia, and co-convene the option India as a 'Great Power'. I also serve as Course Provider for the undergraduate PPE option The Politics of South Asia. I gained a Teaching Excellence Awards Project Grant in 2013 and was nominated by my students for an Oxford University Students Union Teaching Award in 2017.

I engage regularly with the Foreign and Commonwealth Office, and have appeared on an India-focused edition of BBC Radio 4’s Start the Week.