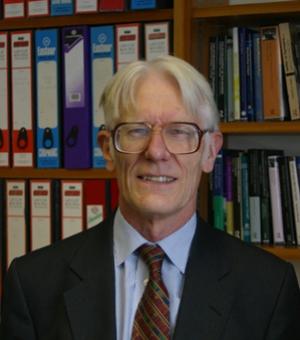 I first became interested in Japan while embarking on a doctoral thesis at the Australian National University (ANU) in Canberra back in 1960. My initial topic had been Soviet foreign policy in Asia, as I had Russian from an army course during British national service in the mid-1950s. For various reasons, however, that topic did not work out, but in pre-researching it I discovered Japan and switched to a topic in Japanese politics and foreign policy. This meant starting to study Japanese. Luckily for me, the relevant ANU authorities had little idea what was involved in tackling the Japanese language, on top of researching the country’s politics from scratch, and I was allowed to make the switch. From this I conclude that, while in administration full knowledge of the facts is good, substantial ignorance of them may be even better. Less than two years later, together with my wife and two-month-old daughter, I went to Japan, inadequately prepared linguistically, but determined to research and write my thesis on the neutralist foreign policy of the Japan Socialist Party. My early interviews were a linguistic nightmare but after some months I could grasp most of what was said. An important reason why I finished my thesis on time was the stern but effective oversight of my progress by my supervisor, the late David Sissons. In 1964 I was hired by the Political Science Department of the ANU, where I taught Japanese politics, and other politics-related courses, until 1981.

From 1982 I became founding director of the Nissan Institute of Japanese Studies, a University Institute having close association with St. Antony’s College. Japanese studies already existed in Oxford, but on a small scale and inadequately funded. The initial (and two subsequent) Nissan benefactions made it possible to develop Japanese studies in a more ambitious fashion. An important and specific part of the original agreement with the Nissan Company was that the study of Japan should be introduced into ‘mainstream curricula of the University’. This meant that we were to teach students, not only from the Faculty of Oriental Studies, but also those in Politics, Economics, Social Anthropology, History and so on, and we developed courses for the relevant faculties. We also moved in a big way into supervision of doctoral students, and after my retirement in 2003 the Institute has developed a highly successful Masters course. The Bodleian Japanese Library, established within the Institute building, is a facility of which we can be truly proud. Among many other initiatives may I mention the Nissan/Routledge Japanese Studies series and the weekly Nissan Institute Seminar, which plays a key role in disseminating the latest research on many aspects of Japan. As for me, I am still involved in the study of Japan, especially its politics and foreign policies.