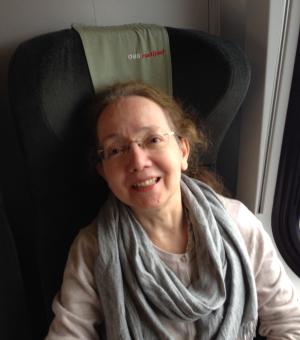 Karin Kapadia is a social anthropologist and research associate at the Contemporary South Asian Studies Programme, the Oxford School of Global and Area Studies, University of Oxford. Kapadia has published widely in the area of caste and gender studies. Her publications include the monograph Siva and Her Sisters: Gender, Caste and Class in Rural South India (Westview Press, 1995) and the edited book The Violence of Development: The Politics of Identity, Gender and Social Inequalities in India (Zed Press, 2002). She is also the co-editor of Rural Labour Relations in India (Frank Cass, 1999) with TJ Byres and Jens Lerche and The Worlds of Indian Industrial Labour (Sage, 1999) with Jonathan Parry and Jan Breman. Her recent publications include ‘Liberalisation and Transformations in India’s Informal Economy: Female Breadwinners in Working-Class Households in Chennai’, in The Comparative Political Economy of Development: Africa and Asia (Routledge, 2010) edited by Barbara Harriss-White and Judith Heyer, and ‘Caste and Class in Gendered Religion: Dalit Women in Chennai’s Slums’, in Women, Gender and Everyday Social Transformation in India (Anthem, 2014) edited by Kenneth Bo Nielsen and Anne Waldrop. Her most recent book is Dalit Women: Vanguard of an Alternative Politics in India (Routledge, 2017) co-edited with S. Anandhi.