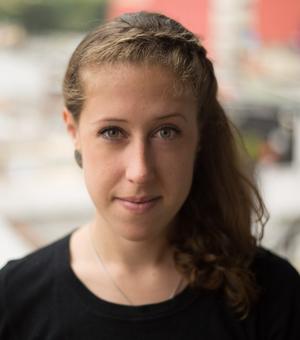 I am a political sociologist whose work focuses on women’s mobilisation in violent and high risk contexts, mainly in Latin America. My approach to research is interdisciplinary, drawing on social movement studies, gender studies, peace and conflict studies, and transitional justice.

Previous to this, I was the Postdoctoral Gender Researcher for Oxford’s CONPEACE Programme (2019), at the Changing Character of War Centre. I engaged in fieldwork along the Colombian-Venezuelan border (in la Guajira, Norte de Santander, and Arauca) to investigate the gendered impacts of the reconfiguration of armed conflict and Venezuelan migration on women living the borderlands.

My doctoral thesis (Department of Sociology, University of Oxford, 2018) — “High Risk Feminism in Colombia: Women’s Mobilisation in High Risk Contexts” — is based on ethnographic research with three women’s organisations mobilising for gender justice in Turbaco (Bolívar), Usme (Bogotá, DC), and Riohacha (la Guajira). This project was an advancement of my MPhil project (Latin American Centre, University of Oxford, 2014), which similarly focused on feminist mobilisation in gang-controlled zones in El Salvador. These women expose themselves to risks of retributive violence by mobilising in general (i.e. in dangerous contexts), and also by transgressing traditional gender barriers. In my theses, I developed a framework – High Risk Feminism (HRF) – that provides a lens through which to study women’s mobilisation, resilience, and agency. It allows for a nuanced reading of women as survivors, activists, and feminists in contexts of high risk.

I have published research (or forthcoming) in journals including Third World Quarterly, Latin American Perspectives, Gender, Place, and Culture, and Gender and Development. I have further publications in Monkey Cage (The Washington Post), LASA Forum, NACLA Report on the Americas, Ms Magazine, and justiceinfo.net (Oxford Transitional Justice Research). I have undertaken research for the Centre for Reproductive Rights, the Oxford Poverty and Human Development Initiative, Impunity Watch, and the Overseas Development Institute.