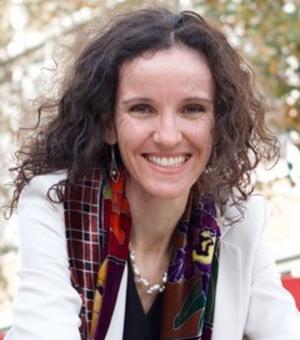 Robin Smith is a Political Economy Fellow of the Independent Social Research Foundation (ISRF) at the Oxford School of Global and Area Studies with Russian and East European Studies and a Fellow at St Antony’s College.

Robin is an anthropologist of post-socialist Europe. She is interested in questions of rural debt and economic governance: How do rural businessmen make ends meet in times of protracted economic precarity, and how are post-socialist governments contributing to or mitigating the effects of joining the EU for their citizens? Her research endeavors to shed light on the difficulties of maintaining rural livelihoods in the modern economy, focusing on a community of farmers in northwest Croatia to understand broader issues affecting southeastern Europeans today.

She is particularly concerned with issues of rural finance and debt, and how small businesses cope with the increasing influence of large corporations in their markets. More broadly, areas of interest include financialization in post-socialist agri-food sectors, the role of debt in society, the difference between theory and local practices of Yugoslav self-management, business associations and cooperatives in post-socialism, supermarket politics in Europe, farmer politics, informal relationships in local food systems, the translation of terroir in post-socialist contexts, the politics and economic consequences of alternative food procurement networks, and all things related to wine. Several writing projects related to doctoral and ongoing research are in progress.

Along with Nicolette Makovicky at OSGA, she has co-produced a journal special issue, Beyond the Social Contract: An Anthropology of Tax, in Social Analysis, Vol. 64, No. 2. There is an emerging network of anthropologists studying taxation’s role in society, from which various project are in development. To this end, Robin manages the site: www.tax-anthro.net where one can find resources, announcements, and researchers.

Robin additionally has a background in both political science and economics, and has worked and researched in Kosovo, the Republic of Moldova, and Bulgaria, but most extensively in Croatia. She completed her doctorate at the University of Oxford, where she did research for a number of years on the Croatian wine sector.