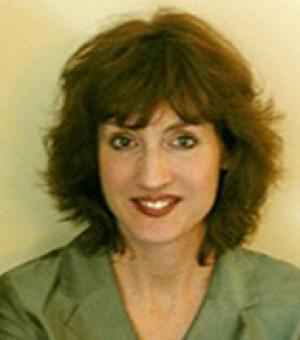 University Lecturer in the Politics of China, Oxford School of Global and Area Studies, Tutor and Fellow, Merton College

Dr Patricia M. Thornton is a political scientist whose research interests span the political, socio-economic, and cultural history of modern China. She received her Ph.D. in Political Science from the University of California, Berkeley, and previously taught at a private liberal arts college in the US before serving as the Director of the Institute for Asian Studies at Portland State University in Portland, Oregon. She joined the Department of Politics and International Relations and the Contemporary China Studies Programme as a University Lecturer in the Politics of China in 2008. She is a Fellow of Merton College.

She is the Acting Chief Editor of The China Quarterly. She previously served (in 2016) as one of the co-editors (along with Chris Berry and Sun Peidong) of a special issue marking the fiftieth anniversary of the Cultural Revolution;  She is also the editor of a special issue that will be released later this month on the CCP Centenary, entitled The CCP at 100: The Party’s New Long March. She has been invited to speak on the podcast, Pekinology, about her article in the special issue (on democratic centralism); and on 11 November, on The Little Red Podcast on the subject of the upcoming Sixth Plenum.

Forthcoming: “Party All The Time: The CCP in Comparative and Historical Perspective” in The China Quarterly special issue, The CCP at 100: The Party’s New Long March (November 2021); “The January Storm of 1967” in Ivan Franceschini and Christian Sorace, Proletarian China: A Century of Chinese Labour (Verso, 2022)

She is the author of Disciplining the State: Virtue, Violence and State-Making in Modern China (Harvard, 2007), and co-editor of the volume, Identity Matters: Ethnic and Sectarian Conflict (Berghahn, 2007).

Her articles include: “Mapping Dynamic Events: popular contention in China over space and time” Annals of GIS 18:1 (February 2012); “From Liberating Production To Unleashing Consumption: Mapping Landscapes Of Power In Beijing,” Political Geography 29:6 (August 2010), and "Crisis and Governance: SARS and the Resilience of the Chinese Body Politic," The China Journal (January 2008).

Her contributions to edited volumes include: “Retrofitting the Steel Frame: From Mobilizing the Masses to Surveying the Public,” in E. J. Perry and S. Heilmann, eds., Mao's Invisible Hand: The Political Foundations of Adaptive Governance, (Harvard, 2011); "The New Cybersects: Popular Religion, Repression, and Resistance," in E. J. Perry and M. Selden, eds., Chinese Society: Change, Conflict and Resistance (Routledge, 2010); "What is to Be Undone: The Making of the Middle Class in China," in K. M. Ekström and K. Glans eds., Beyond the Consumption Bubble (Routledge, 2010); and "Censorship and Surveillance in Chinese Cyberspace: Beyond the Great Firewall," in P. H. Gries and S. Rosen, eds., Chinese Politics: State, Society, and the Market (Routledge, 2009).

For more detailed and updated information on her current projects and publications, including her vita, please visit her personal website