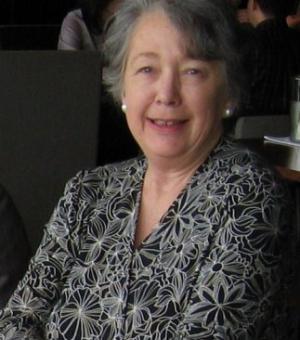 As often happened many decades ago in the USA, I drifted into Japanese Studies rather than pursuing a long-held curiosity about Japan or following a coherent, career-minded plan while at university. Had it not been for the Security Treaty demonstrations in Tokyo in 1960, which figured prominently in the American media, and a professor (Thomas C. Smith) running the required historiography seminar for Stanford history majors I attended in my third year, I might have ended up doing something completely different with my life. After a particularly trying seminar on Gibbon’s Decline and Fall of the Roman Empire, several of us asked Professor Smith, who was known to us as a specialist in Japanese history, if he agreed with an editorial in the San Francisco Chronicle that warned that Japan ‘was on the verge of going communist’ or if he subscribed to the more moderate views expressed in a Life Magazine piece by Jay Rockefeller, then a student at the International Christian University in Tokyo. Somewhat to our surprise, he replied that we ought to go and see for ourselves, adding that Stanford was opening a study center in Tokyo the following spring that would enable us to do just that. I think I was the only one from the seminar to take up his suggestion, and so it was that, after a crash summer course in the language and attendance at Professor Smith’s own lectures on modern Japanese history – so much more interesting than the Venerable Bede or even Edward Gibbon! – I found myself part of group of twenty or so other students in the ur-class of what would become, two years later, the Inter-University Center for Japanese Studies, which will in 2013 be celebrating its 50th anniversary. Originally intending to stay in Japan only one year, I stayed two and then decided, almost without thinking about it, to attempt to get a PhD in modern Japanese history. I was hooked.

What has always interested me most is the social history of modern Japan, and that is reflected in my publications, which include: Japanese Landlords: The Decline of a Rural Elite (1977); (as translator) The Soil by Nagatsuka Takashi: A Portrait of Rural Life in Meiji Japan (1989); Modern Japanese Society, 1868-1994 (1996); Housing in Postwar Japan: A Social History(2002); and (as co-editor) Farmers and Village Life in Twentieth-Century Japan (2003).

I taught at Stanford University, the University of Virginia and Princeton University before taking up a post as Lecturer in Modern Japanese History at Oxford University in 1982. Since my retirement from the latter post in 2007, I have published a detective novel, Damaged Goods, which doubles perhaps a bit awkwardly as a critique of UK state policy toward research by university academics. I am now working on a sequel, Rough Justice, to be set in Tokyo and to involve an examination of flaws in the Japanese criminal justice system.