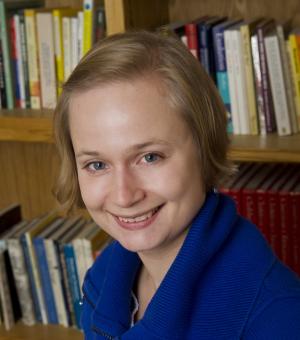 Dr Makovicky joined Russian and East European Studies as a Departmental Lecturer in 2010 after a three-year Junior Research Fellowship at Wolfson College, Oxford. She previously taught on the MA in History of Design at the Royal College of Art, and tutored Anthropology at St. Peter’s College, Oxford.

Dr Makovicky researches the survival and adaptation of historically embedded modes of economic activity in Central Europe, particularly artisanal crafts and transhumant pastoralism. She has published on themes including labour, ethics, informal economy, entrepreneurialism in Slovakia and Poland. Dr Makovicky also studies the history of textile crafts in Eastern Europe, focusing particularly on the ideological appropriation of crafts into projects of Communist state-building. She is the editor of the books Neoliberalism, Personhood, Postsocialism: Enterprising Selves in Changing Economies (Ashgate, 2014), and co-editor of Economies of Favour after Socialism (University of Oxford Press, 2016) and Slogans: Subjection, Subversion and the Politics of Neoliberalism (Routledge 2018).

Dr Makovicky has benefitted from funding from the Arts and Humanities Research Council, the Danish Research Agency, the Nuffield Foundation, The John Fell Fund, and the Pasold Research Fund.