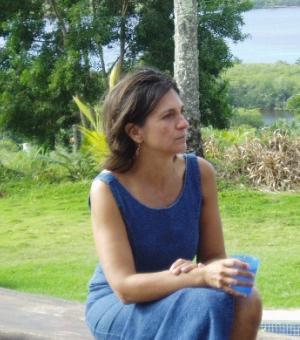 Since I came back to Oxford as a lecturer, I have divided my time between the Department of International Development, where I introduce students to social and cultural anthropology; the School of Anthropology and Museum Ethnography (SAME), where I collaborate with my colleague Elizabeth Ewart and supervise students interested in the indigenous cultures of lowland South America; the LAC, where I talk about indigenous peoples, their rights, and environmental governance; and my college, Linacre, where I support student efforts to lead the university on a low carbon development path.

I have spent many months over the last twenty years with various indigenous communities in Ecuador, Guayana, and other Latin American locations. I continue to go back as often as I can, and try, wherever possible, to combine academic research with actions that support the collective rights of indigenous peoples and that show majority cultures the value of their distinct ways of inhabiting the world.

My research interests include Amerindian conceptualizations of nature and society; historical and political ecology; indigenous peoples, development, environmental and conservation policies in Latin America. I have written several books and numerous papers on these topics, including Trekking through History. The Huaorani of Amazonian Ecuador (Columbia University Press, 2002), Amazonian Historical Ecologies (JRAI, 2006), and Ecuador’s Yasuní-ITT Initiative (Ecological Economics, 2010). I co-edited Beyond the Visible and the Material: The Amerindianization of Society in the Work of Peter Rivière with Neil Whitead (Oxford University Press, 2001), and Governing the Provision of Ecosystem Services with Roldan Muradian (Springer 2012). I have two new books on the Huaorani of Amazonian Ecuador (Transformaciones Huaoranis. Frontera, Cultura y Tensión, published in 2015 in Quito by Abya Yala, and Huaorani transformations in 21st century Ecuador, published in 2016 by University of Arizona Press). I am currently working on a book about the Latin American agroecology movement.