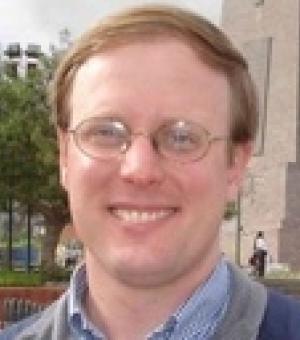 I joined the Latin American Centre in 2011, when I arrived at St Antony’s College to lead its North American Studies Programme, an initiative to explore the connections between the states and societies of the North American region, broadly defined as extending from the Arctic to Central America and the Caribbean.  In 2016, I became director of the Rothermere American Institute, Oxford’s centre for the study of the history, politics, and literature of the United States.

I am an historian by training, and my research interests include the history of US foreign policy towards Latin America, the political development of Mexico in the twentieth century, and the international relations of North America.  In my book, The War Has Brought Peace to Mexico (University of New Mexico Press, 2014), I assess the impact of World War II on Mexico, highlighting the importance of international conditions to the process of political consolidation that was under way there in the early 1940s.  I am currently doing further work on Mexican politics and on US-Mexican relations during the Cold War.  I teach an optional paper at the Latin American Centre on “Mexico, North America, and the World,” which seeks to place modern Mexican history in regional and global context.

I am a native of North Carolina, and I completed my undergraduate and graduate studies at Harvard University, where most recently I served as the senior fellow responsible for the Mexico and Central America Program at the David Rockefeller Center for Latin American Studies.  In between my stints in Cambridge (Massachusetts, not the other place), I worked in Costa Rica as a speechwriter for Nobel laureate Oscar Arias, in Washington (DC) as an historian for the US State Department, and in Mexico City as a visiting fellow at the Instituto Tecnológico Autónomo de México’s Centre for Inter-American Programmes and Studies.