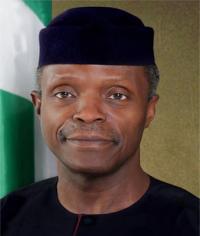 The African Studies Centre will formally inaugurate its International Advisory Board (IAB) on 12th October, 2018.

The Board will be formally inaugurated by the Vice President of Nigeria, Professor Yemi Osinbajo (SAN), who will also deliver a lecture at the event. The inauguration will be held at the Investcorp Building, St. Antony’s College, Oxford.

The AIB will be chaired by Mr Tito Mboweni, the former Governor of the South African Reserve Bank. Mboweni, who was the first black South African to lead the South African Reserve Bank, was the Minister of Labour in President Nelson Mandela’s cabinet from 1994 to 1998. He has also served as the Chairman of AngloGold Ashanti Limited. He is currently an International Advisor of Goldman Sachs International and a founding member of Mboweni Brothers Investment Holdings in South Africa. The Chair of the ASC International Advisory Board was the Chancellor of the University of the North, South Africa (now University of Limpopo) and trustee and Chairman of the Fundraising Committee of the Nelson Mandela Children’s Hospital as well as Trustee and member of the Thabo Mbeki Foundation.

Other members of the AIB include: